The Pep strives under new leadership 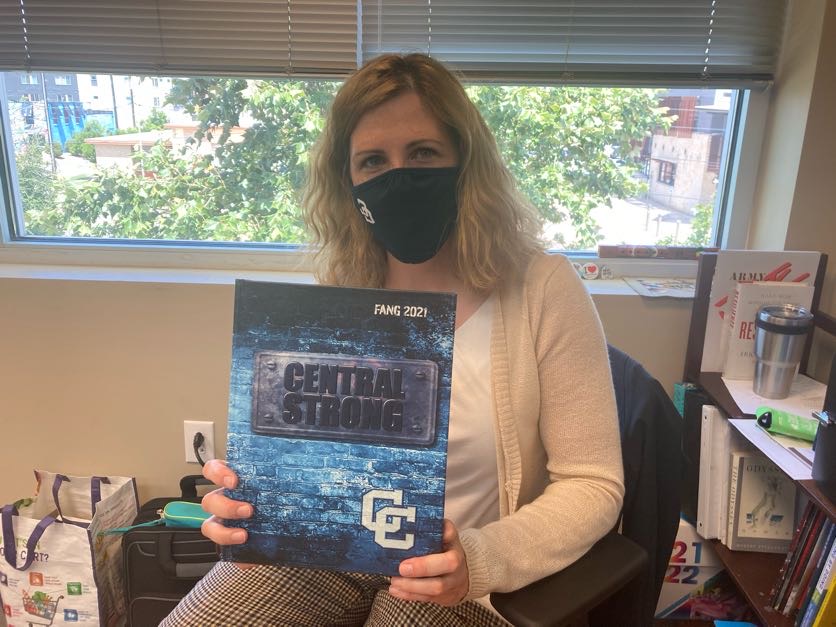 The 2021-2022 school year was officially underway as of last Monday, August the 16th, and as students break ice for what is promised to be a better year than last, many changes have brought some school departments to new beginnings. These changes include academic courses, administration changes, a new principal, and new educators.

Michelle Rivoire was one of those new educators brought into the school. While she is teaching core English classes as a new member of the English Department, she is also replacing the long-time Pep Advisor, Tim Cassler. This is her first year back to teaching full-time after being at home for two years taking care of her kids. She previously taught at Holmes High School here in San Antonio.

“I wasn’t planning on going back to work for another two years or so,” Rivoire explains. “An opportunity came up and I wanted to start subbing here because the Academic Dean, Ms. Mora, used to be my academic dean at Holmes. I thought this was a place that had the kind of atmosphere that I would like to come back to work in.”

And so she did… With her longtime co-worker now at Central, and the admirable atmosphere, Rivoire explains the process in which she got the full-time job, including her experience being a substitute teacher since spring of the 2020-2021 school year. “The day I was trying to get her (Mora’s) email address, someone messaged me and said there’s going to be an English position available, and they want you to apply. And I thought… I’m not going back to work for two more years.” She continues, “So I called, started subbing here, fell in love my first day, and I applied.” Ultimately, the rest of her story from there is just getting started.

Compared to public schools, Rivoire points out some key differences, but starts off by saying, “It’s a complete family atmosphere, since it’s smaller, I recognize students who maybe I had subbing just once or twice last year.” She continues, “It just feels more peaceful and calm, because it’s not as many students. Everyone is very polite, they help you with things, people you don’t even know, students you don’t know. I went to Catholic school growing up, and I have only ever taught at public schools, but you also get that complete sense of ‘brotherhood.’ It’s almost like you all (students) are taking care of us, and you’re helping us out.”

Rivoire grew up in Louisiana, and attended Mercer University in Macon, Georgia- Just about 85 miles south of Atlanta. She was initially studying aerospace engineering, before planning to take a different path. “I realized after my summer jobs of doing work with that, that the job at that time was not what I was interested in,” Rivoire explains. “Sitting in a cubicle on a computer. And so I thought, what do I want to do? I had always loved playing school or teaching at camps and things. So I thought about it, and I went into English and education. I ended up only getting my English degree from my undergraduate, and I did my Master’s for education.”

Rivoire is also no stranger to the entire world of print journalism. In fact, she joined the San Antonio Writing Project in 2011 and explained how her work there helped enhance a program she ran. “We did a lot of work with the different types of writing and journalism and things like that, and I incorporated that into my AVID program.” She ran a program at Wagner High School in which they made publications, although the school already had an advisor and teacher for yearbook and journalism. “I never really got to do anymore of it, until this opportunity came up, and Ms. Mora knows that I love to be involved with things like that… and I told her sure, thinking it was only going to be a club. I didn’t know I would get to have a journalism class.” She continued, “When I found that out in the middle of the summer, I got really excited.”

With her first year being a full-time teacher, Rivoire has goals for this school year, in both her English and journalism classes. “I want to make sure that I uphold that college-readiness standard. I want my seniors to go out into the real world- whether that be military, college, workforce. I want them to be prepared for anything that might entail, but especially for things like reading contracts. The written communication- you’ve got to be able to communicate. You could have the best idea in the whole world that could make you millions of dollars, but if you can’t communicate that idea, and read your contracts and get them signed, you’re not going to be successful in that.” For her Pre-AP sophomore class, her goals include getting them ready for the next step, which is the AP classes.

As for the two publications- The Pep, and The Fang, (Central’s annual yearbook) she wants to “build the program.” She explains, “I think that because there’s so many seniors in the class, that we can start that as their legacy. They may not get to take a Journalism 2 class, or a Yearbook class, but they can help us to make these publications so vivid and part of the spirit and maybe make that as part of the program.” She also wants to make sure the newspaper is student-based and run by the students. “You (students) are the pulse of the school,” she says. “I want you all to create this. You’re going to look back on this later and that’s how you’re going to remember what you did in high school.”

Cassler, and Rivoire both worked with each other in the summer, before he ultimately passed the torch to her in taking over as advisor for these publications. She takes his presence as an example moving forward, and explained how he was “very helpful” in helping her get situated before the school year got underway. She plans to preserve his dedication and years-long work for these publications, while also advancing them to the next level. Readers of the Pep can expect to hear from and more about Rivoire as the year progresses and articles are being published on a regular basis. 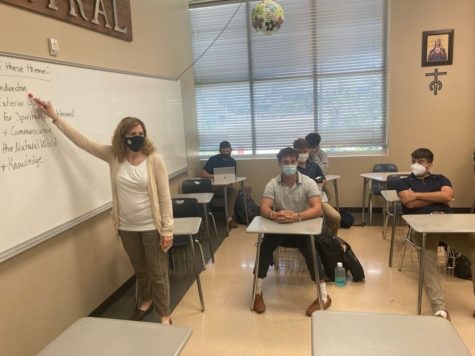 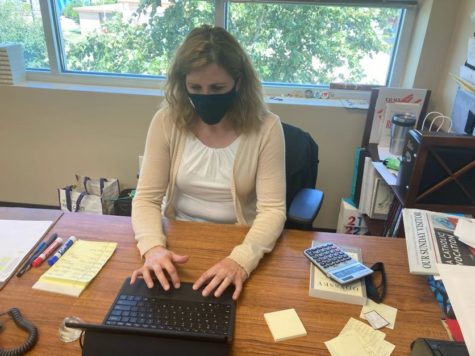