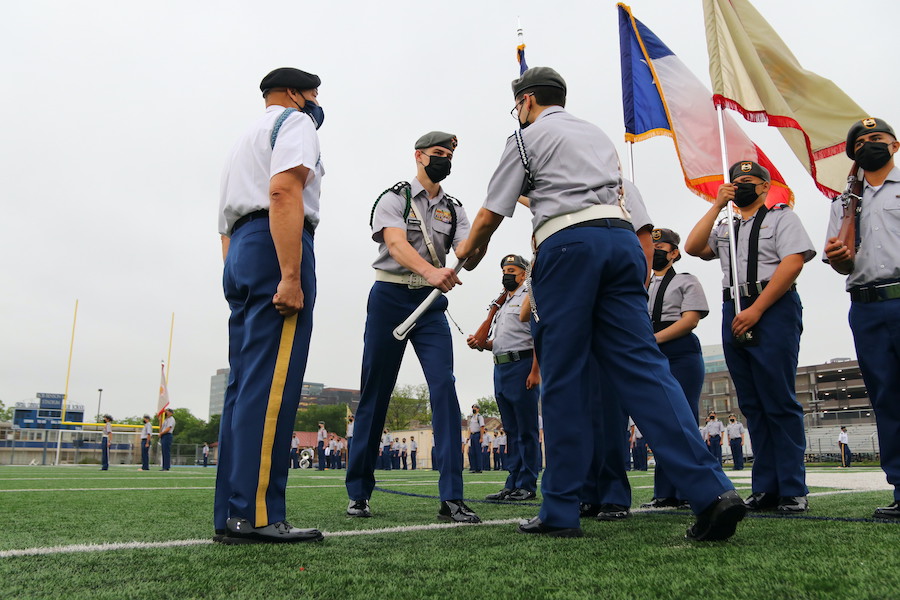 After the rendering of honors, the national anthem, and the invocation, the companies, battalions, and staff all go through a process of recognizing the outgoing and the incoming officers. This process culminates in the transfer of the saber that is held by the Brigade Commander. This year’s BDE CMD, Francisco Garcia, transferred the saber to incoming BDE CMD Luke Guajardo.

An additional honor recognized at the ceremony was 2LT Emmanuelle Mefrige, who received a ‘coin’ from guest speaker and review leader Mr. Joseph D. Bray, Civilian Aid to the Secretary of the Army.

Also honored were the OCS candidates, who received their new rankings, and the graduating Senior class.