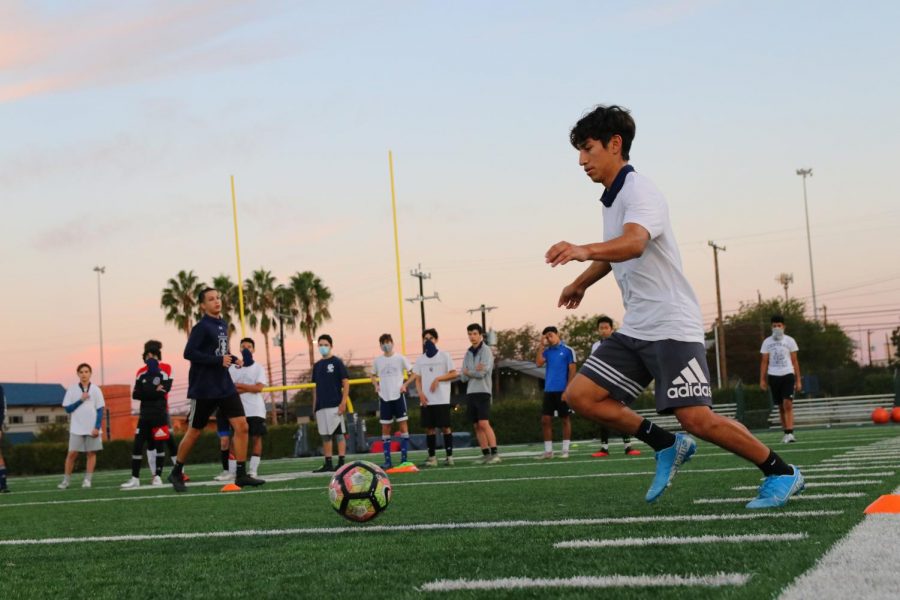 Pre-season soccer tryouts have finished up, and this year’s program, players, and coaches are as excited as ever about getting into a successful new season, and hopefully a fifth straight state championship. For any soccer player at Central though, this means first moving up through the JV program, which is headed up by Coach Gil Gomez, who is entering his 13th season of coaching at Central Catholic.

Coach Gomez, during soccer tryouts, had this to say when asked about his picture of the program: “This season’s JV team is comprised of ten (10) sophomores and ten (10) freshmen. For the sophomores, this season is the opportunity to refine the skills necessary for a successful transition onto the varsity selection. This is also an environment for physical growth and maturation as a leader among their peers.”

Much is asked of the young players that come up into Central’s soccer program, but many know coming in that the regimen of the program is demanding and structured. “For the freshmen designated as JV team members, their initiation is a quick immersion into the Central Catholic Soccer Program’s style of play. There is a hierarchy of standards, the requisite application of foundational routines, and a steep learning curve. Progress is designed around the establishment of good habits…”, Coach Gomez added.

Nor is it just about making it to practices and games for these younger players in the program. According to Coach Gomez, it is a “…daily…” routine: “Daily, the emphasis on making the most of this opportunity and transformation into a quality soccer player. Strive to be 100% and challenge yourself to improve daily and challenge those around you to do the same”. He also added that: “More directly, it is who we are (MIA SAN MIA).

After committing their hard work and effort to getting through the tryout period, the following twenty players have been selected to play on the 2020-2021 Central Catholic JV Soccer team: