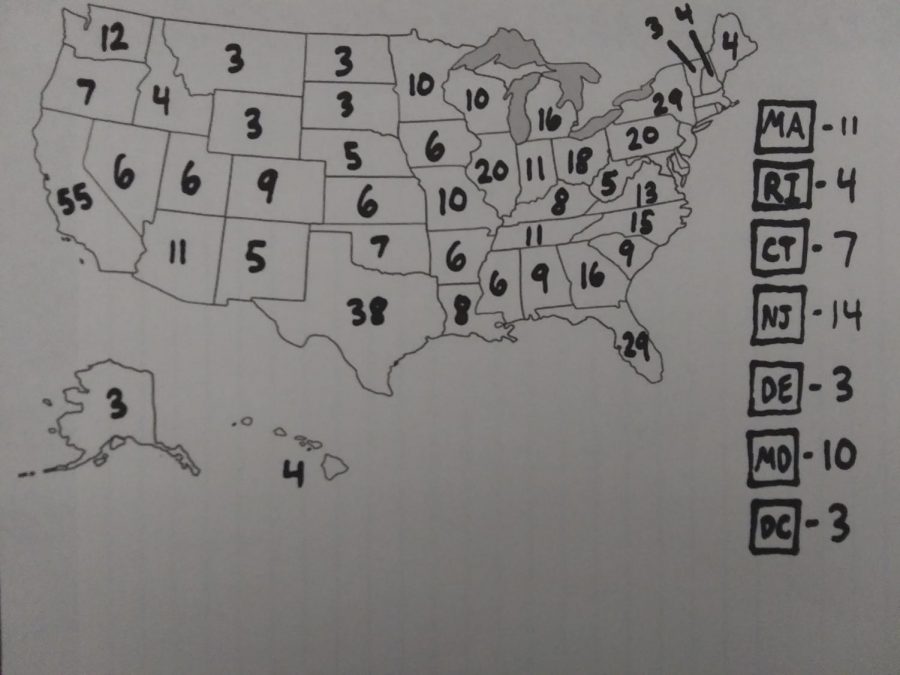 One important factor in this year’s election will be the swing states, or what some might call the “battleground” states. These states can ultimately determine who wins the presidency and are very important for candidates to plead their cases in. They include the states of Arizona, Michigan, Ohio, Florida, Minnesota, Pennsylvania, Georgia, New Hampshire, Texas, Iowa, North Carolina, and Wisconsin.

Each state will likely lean one way on voter issues affecting that respective state and therefore will get the votes going that way. In other cases, there are toss-up states where it is unlikely to project what color the state’s turnout will be.

The states to watch out for primarily during Election Night are Pennsylvania, Florida, Texas, Arizona, and Georgia.

Pennsylvania is a state where Democratic candidate Joe Biden recently campaigned, which can have a major impact on his supporters there as well. Florida and Texas primarily are Republican states, (Except Florida in 2012) and have been that way in past elections. Although, recent polls from multiple sources show that Joe Biden is leading in Texas and in Florida as of the end of early voting, which is huge for the Biden Campaign. Florida also has a large Cuban and Hispanic population. Georgia should be watched because of its high population of African-American voters. Arizona has voted Republican except for Bill Clinton in 1996.

Social Studies Department Chair, U.S. History and U.S. Government teacher Don Nelson, says it is a “historic” election this year. “For two reasons,” he says. “Number one, the amount of voters. We have already surpassed the 2016 total votes in the state of Texas, and we haven’t even gotten to election day.”

“The second reason”, he says, “is the fact that we will be electing the oldest president ever.” Joe Biden is 77 years old, while Donald Trump is 74. This is definitely a historic reason to cast a ballot.

The numbers in Texas have been up since 2016, and nationally there has been a spike as well in early voting. All that being said, there is still a chance for thousands to cast their votes on Tuesday. This could possibly skew the election in one direction or another.

Texas has the second-highest amount of electoral votes up for grabs with 38. California has the highest with 55. However, Texas is still an important state in this election as many sources are reporting on it being a toss-up. Although, Nelson explains how Texas can ultimately be won by either party. “Most of your polling takes place in urban areas,” Nelson says. “In the state of Texas, we only have Houston, Austin, Dallas/Fort Worth, San Antonio, El Paso, maybe even throw Lubbock in there, those are blue dots in a red state.” He continues, “So what does that tell you about the rural areas? If the state of Texas traditionally votes red, it’s going to be up to the rurals to decide.”

“I also think too, the way things are set up. The way our governor set up the absentee voting, where there is only one drop-off per county, to me, that’s voter suppression,” Nelson says. “It is not good for the Democratic Party. That to me is not right. You should be able to drop your vote off wherever it’s convenient.”

Alex Rivard, a U.S. Government teacher at Central, says “I am totally reluctant to make a prediction.”

Arizona is a state that should be on a lot of analysts’ minds because of the year that state has had. The Senate race there this year is between Martha McSally (R) and former Astronaut Mark Kelly (D) which could determine a lot in the election.

“Like Texas, you have been seeing Arizona make a subtle, slow shift to the left,” says Rivard. “It begs the question, oh, well then it will become a blue state, right? Not necessarily.”

“In this case, it is particularly interesting because John McCain, who was a Republican Senator but also kind of like an old school Republican and not a Donald Trump-Republican, he died while serving. He and Donald Trump also famously did not get along. They disagreed a lot over what was apparent to be presidential and there was also the case of Donald Trump putting down John McCain because he was captured as a prisoner of war and then saying, “I like people who don’t get captured.”

“I don’t think we’re going to wake up on Wednesday that we are going to know who our president is going to be,” Nelson says. “Especially with the pandemic and the number or mail-in votes.”

There is no certainty that we will even know by the end of this week, because every vote must get counted in a democracy. Some experts say it could take a week to know for sure. Of course, many projections, such as the one at 270towin.com, have already predicted some sort of turnout. Their default “2020 Consensus” map, it shows Joe Biden beating Donald Trump with a whopping 279 votes, and Donald Trump with only 163. States such as Nevada, Wisconsin, and Michigan are leading toward the Democratic side. States such as Utah, Kansas, Montana, and Missouri are leaning toward Republican.

Trump will likely win most of the central states. Even with that, Biden is likely to win states in the northeast like New York and Vermont. Biden is projected to win the election with many states and in many forecasts. The only way Trump will possibly make it close is if he win Pennsylvania, Florida, Georgia, and Virginia. That could make it Biden 270 and Trump 268 which is extremely close. If Biden pulls off winning the three big states which are California, Texas, and Florida, he is more than likely to win the election. It is not certain yet, as many electoral maps are projections.

Below is a link to 270towin.com, where you can create your own electoral forecast, and follow many projections from experts. 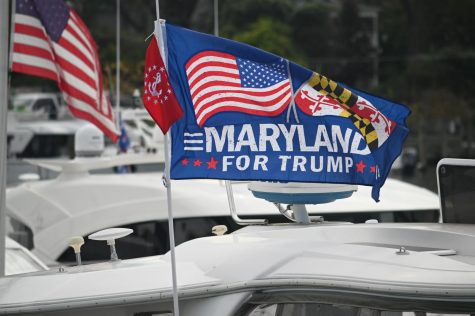 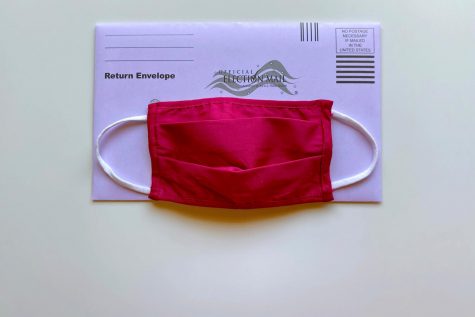 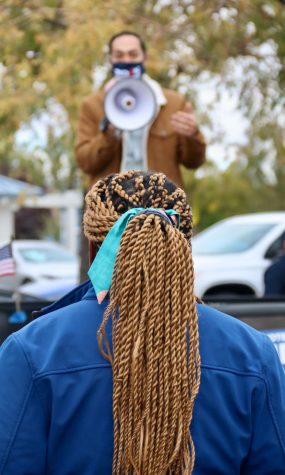 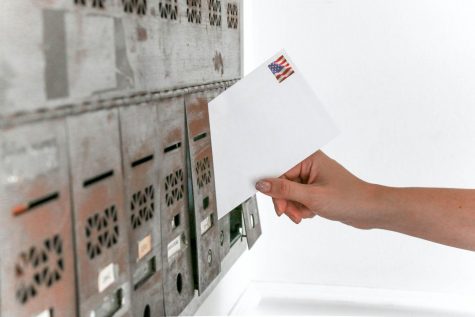 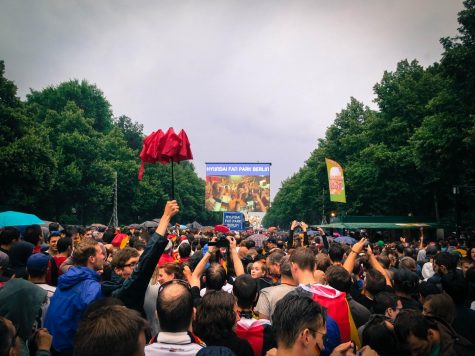 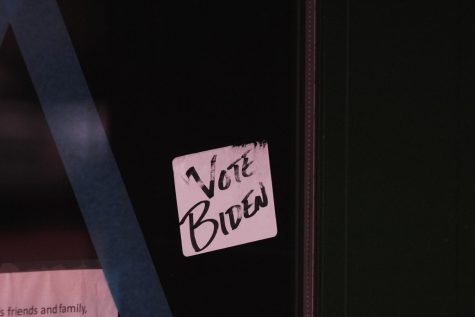 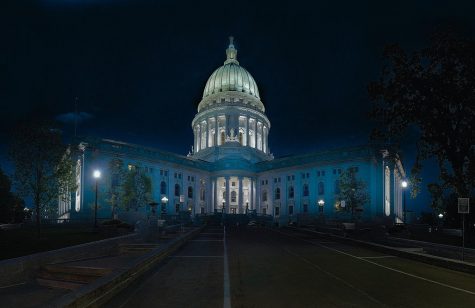 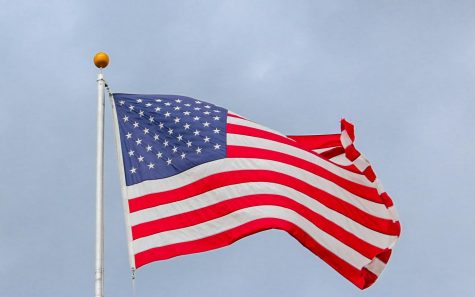