It was the first game of the season, but there were a lot of ‘firsts’ last night, as the Central Catholic Varsity football team brought home a big 42-27 win over the Eagles of Boerne Geneva High School at Bob Benson, ’66 Stadium in front of an excited, yet socially distanced crowd.

The JROTC Color Guard presented the colors for the first game of the season. The rocking Button Band performed for their first season game. Section R showed up in full force on a ‘Pajama’ themed evening, doing their best to social distance in the process. Parents, families, and spectators all showed up in force, ready to comply to the pandemic guidelines in effect and to enjoy the first game of this year’s football season anyway. All of these things took place within yet another historic first: the first time that Central Catholic has hosted a Friday night football game while in the midst of a pandemic.

With a rocky start to the game and a 21-0 deficit before the 1st quarter ended, a rattled Button squad managed to regain their composure, hunker down, and play some comeback football that allowed them to tie the game before the half at 21-21.

Offensively, the highlight of the game had to be junior RB Garrett Davidsmeyer, who ran for two touchdowns on 35 carries and earning 207 total yards rushing. After helping lead his team to this big season opener win, Davidsmeyer had this to say: “No matter what the score is – no matter what’s happening, just play your heart out and it will pay off.” Also getting in the scoring action was junior Sylas Gomez at quarterback, who had 60 yards rushing and two touchdowns. Senior Jaden Velazquez put a nice ribbon on the package with a rushing touchdown of his own. After finally getting their feet under them late in the first half, the Buttons defense got real stingy with the Boerne offense, allowing them only six more points in the entire second half, managing to thwart a point after attempt after the Eagles only touch down of the second half. On defense, senior Gunner Perez had 2 interceptions while junior Kaden Hernandez had a fumble return for a TD.

After settling down following the shaky start, the Buttons piled up a decisive victory over the Boerne Geneva Eagles, the reigning state champs in their Division II, District 3 last year. The Buttons now look forward to facing San Antonio Christian School next Friday, October 2 at SACS Lions Field. 7:30 game time. 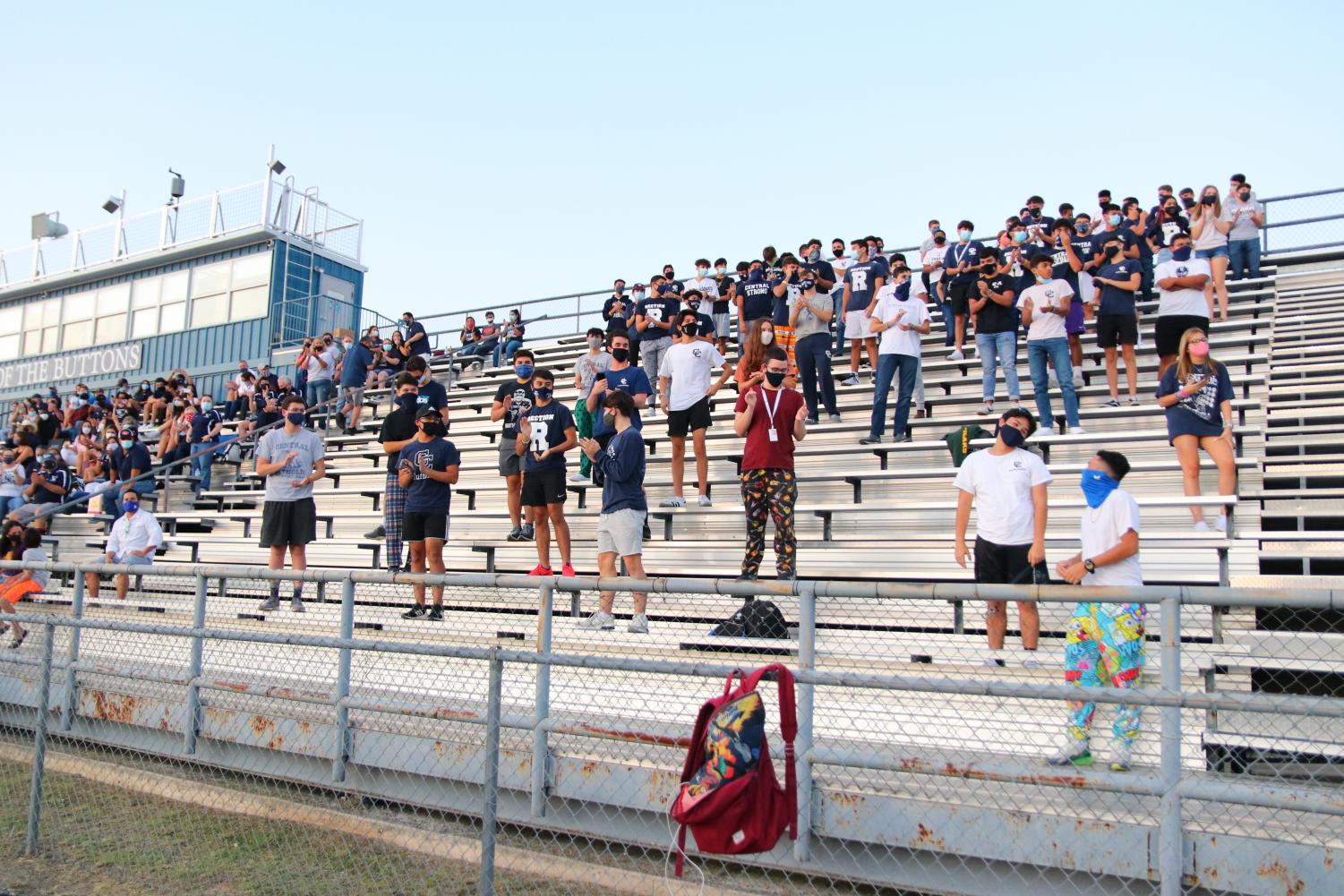