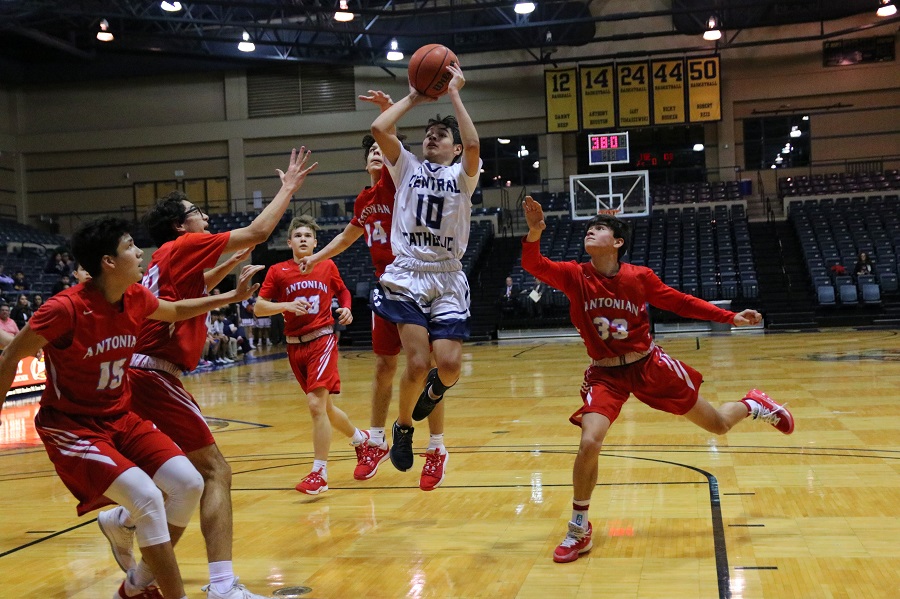 What would excite Central students more besides a literal rivalry WEEK with arch nemesis Antonian College Preparatory? Maybe Super Bowl Monday off, but that’s a whole ‘nother story. This action packed week caught our Central Catholic Buttons squaring up against Antonian for a total of 5 separate matchups. After looking back at our performances, our Central community should be proud of our boys for representing us with true, loyal hearts.

Rivalry week was kicked off on Tuesday, January 28, at St. Mary’s University. Our JV basketball team opened up against the Apaches and pulled through to win an amazing comeback victory. With big shots at the end of regulation from sophomores Mateo Ortega-Rios and Jaden Rangel, our JV team was able to send the game to overtime, overcoming a monumental 19 point deficit. When talking to Mateo about the stellar comeback victory, he displayed nothing but total confidence in his squad saying, “I was never worried about their lead, we were playing nowhere near our full potential, so I knew once we calmed down and started knocking down our shots we would be able to put a comeback together, and that’s what we did.”

Shortly after the JV game, our rowdy Section R packed the stands with a “purple and gold out” theme in honor of the late Kobe Bryant and his family to cheer on our varsity squad. Despite being underdogs against the reigning state champion Apache basketball team, the Buttons fell just short of victory after a hard fought game. After a 13 point performance by big Max Peebles and an additional 12 points from shooter Aidan Rodriguez our buttons fell to a final score of 66-58. Our buttons will look to bounce back next Saturday however, when they rematch the Apaches as the visiting team this time around. Senior captain Jacob Ybarra is looking forward to the rematch saying, “We know what we as a team need to fix. We played a good game the first time around but we need to come back even stronger next Saturday if we are going to come out on top.”

After the basketball matchups on Tuesday, our fans regathered the following day on our true home turf, Bob Benson ‘66 Stadium, to cheer on our Buttons as they battled the Apaches on the soccer pitch. Our JV team came out victorious, to no one’s surprise, as they notched their 6th straight shutout victory against the Apache JV soccer team. More victories were in store for the community after our nationally ranked team played some controlling and solid soccer against the Apaches, racking up a 5-1 victory. Star player Jose Gallegos led the Buttons with 2 goals, as Jacob ‘Jonesy’ Jones, Sevas Rodriguez, and Daveen Mazheri-Campos each added in a goal. Defender Miguel Pena was proud of his team after the win saying, “It was a great win for us and it was even better that we had all our boys in Section R cheering us on with hilarious chants.” 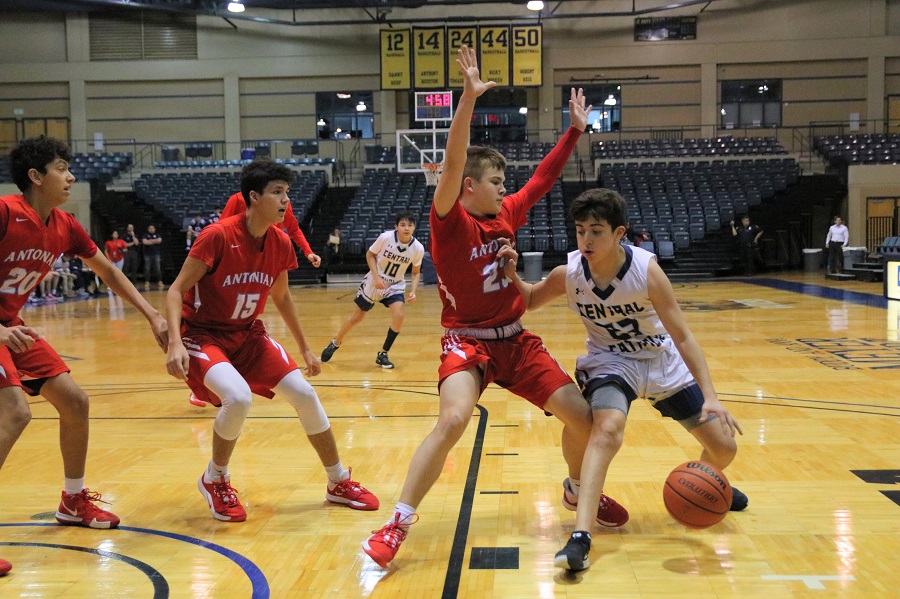