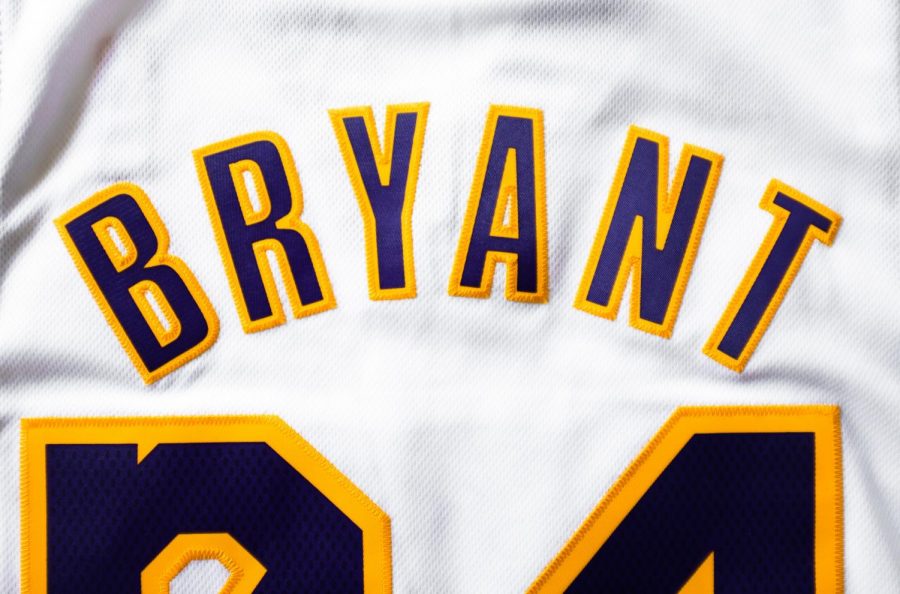 Photo by Olivier Collet on Unsplash

This week, the world of basketball lost an icon. Kobe Bryant was suddenly killed Sunday afternoon local time, in a helicopter crash that also killed eight other people on board, in which TMZ was the first to report. Among those was his daughter, Gianna Bryant, who was just thirteen years old.

On  Sunday evening, Dean of Students Ali Goljahmofrad, announced that faculty and staff could wear any sports jersey with jeans, in honor of Kobe. For the junior varsity and varsity games at St. Mary’s University Tuesday night, students were invited to wear purple and gold to honor Kobe and his family, which are the colors Kobe wore as a Laker.

People around the country, specifically in Los Angeles, continue to mourn the loss of  Bryant, who spent his twenty-year career with the Los Angeles Lakers. Both 8 and 24, which were the jersey numbers he wore, are retired in the Staples Center in Los Angeles. Bryant was a five-time NBA Champion, and won Finals MVP twice of the five times, and also won regular season MVP in the 2007-08 season.

Bryant also won two Olympic Gold Medals-one in 2008, and the other in 2012, while playing for team USA. Bryant was also an 18-time All-Star, and even won the Dunk Contest his rookie season in 1996-97. He has been awarded 1st NBA All-Team 11 times, 1st All-Defensive Team 9 times, and has even been named the league’s scoring leader twice in 2006 and 2007, due to his four 60+ point games in those two seasons. He was also considered the Lakers’ All-Time Scoring Leader, in which he averaged nearly 25 points a game. Current Laker, LeBron James, just passed him on the All-Time scoring list, the night before the helicopter accident.

“For 20 seasons, Kobe showed us what is possible when remarkable talent blends with an absolute devotion to winning. He was one of the most extraordinary players in the history of our game with accomplishments that are legendary: five NBA Championships, an NBA MVP Award, 18 NBA All-Star selections, and two Olympic gold medals. But he will be remembered most for inspiring people around the world to pick up a basketball and compete to the very best of their ability. He was generous with the wisdom he acquired and saw it as his mission to share it with future generations of players, taking special delight in passing down his love of the game to Gianna.

“We send our heartfelt condolences to his wife, Vanessa and their family, the Lakers Organization and the entire sports world.”

“Kobe inspired all of us. In San Antonio, we were blessed to have enjoyed a front row seat to his greatness. He had unmatched combination of determination, skill, competitiveness, personality, grace, passion and intelligence. The loss of Kobe and Gianna leaves a giant hole in our hearts. It’s impossible to express the pain we feel for Vanessa and the Bryant Family.”

We also reached out to the NBA on Monday, and Fan Relations responded saying that the NBA Family is devastated. “The NBA family is devastated by the tragic passing of Kobe, his daughter Gianna and the seven other people who perished.” Following that, Fan Relations also mentioned how the NBA is remembering how Kobe inspired many, and is keeping the families of the victims, in their prayers. “Kobe inspired millions of people around the world to play and compete to the very best of their ability, and our thoughts are with his wife Vanessa, their daughters, and the families of the nine people involved in the accident.”

Albert Rubio, a sophomore at Central and a fan of all things the NBA, said it came to him as a shock when he first heard the news. “It was like the day before, he was telling LeBron about how proud he was that he passed him and to chase number two on the scoring leader. But then the next day not only him, but his daughter Gigi, and seven other victims were taken. It was a very shocking and it took a while to talk after it.” Knowing that an idol of his is in a better place, Rubio said it was also very hard to realize, that an idol of his growing up, is gone. “He had so much life ahead of him and it was taken in such a tragic accident.”

Kobe accomplished things off the court during his life. He won an Oscar for a short film he narrated in 2017, titled Dear Basketball. That short film was taken off the internet, just days after his death. Planters Peanuts has also released a statement saying they will hold off the Mr. Peanut commercials, despite the Super Bowl being this Sunday, in wake of this sudden tragedy.

Kobe Bryant was for sure an amazing person off and on the court. His love for the game and the love he showed his fans, his family, and the game of basketball, will be in our memory forever. He leaves behind three daughters and his wife Vanessa. Whether you were a Lakers fan, or a fan of any other team, you had respect for the man, because he was such an influence. This generation of students at Central, whether a basketball fan or not, will always remember this tragedy for the rest of their lives. Bryant was 41 years old.