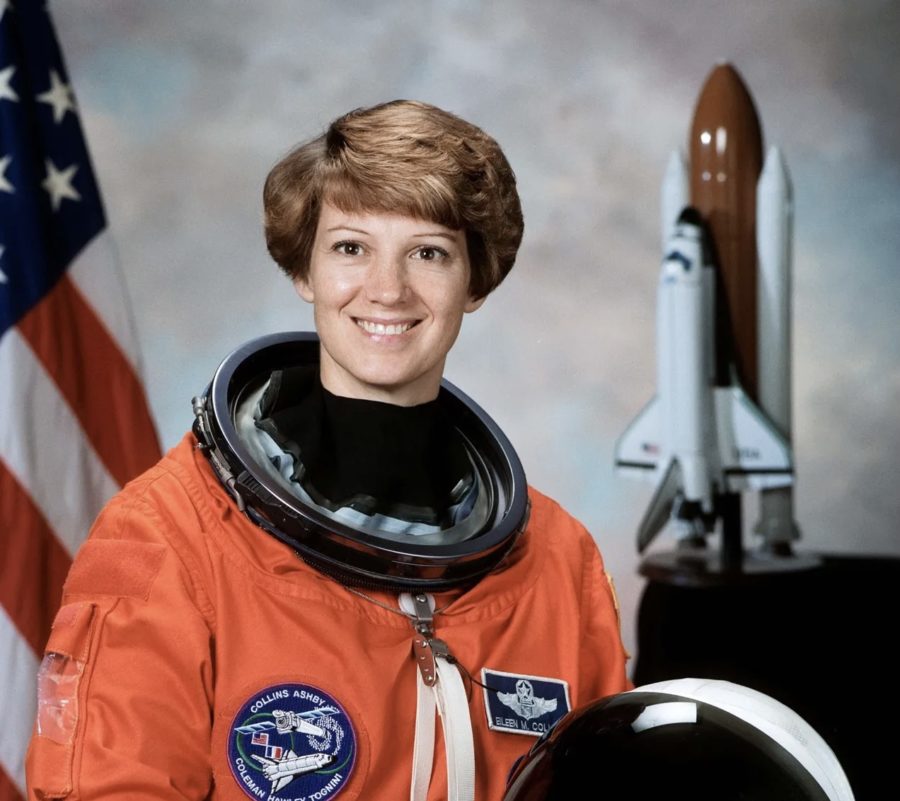 It has been two years Since Eileen Collins has stepped foot inside Central’s main building. She was here in January of 2020, and went over what her task was when she was a pilot in the Air Force, and most notably, being the first female Shuttle Commander at NASA. I was fortunate enough to have interviewed her that day prior to her presentation. But it’s 2022, and she returned a few weeks ago to present some interesting facts to a group of intrigued Central students.

Commander Collins who has appeared on the now-defunct Oprah Winfrey Show, talks to young students at seminars in schools all across the country, and even has a new memoir entitled, Through the Glass Ceiling To The Stars, which essentially is an autobiography with a professional foreword. Her husband graduated from Central in 1976, her son, Luke Youngs graduated in 2019, and she currently has a nephew, Connor Youngs, who will graduate later this year.

I had the chance to catch up with her prior to the event and talk about the book, and her presentation, which was a general understanding of the future of professional, and civilian space travel.

She starts with her memoir, which contains a lot of first-person accounts of her life, growing up, and her work at NASA, as well as the hardships she endured. “It covers growing up in Elmira, New York, which is a small town in upstate New York. Some of the hardships in childhood, which everyone has hardships, so I put that in the book so maybe people can relate to the fact that not everyone that becomes an astronaut has a perfect childhood.”

It was from there that Collins decided to join the Air Force, but because she says she wanted to fly. “…It’s because I wanted to be a pilot, and then how I applied for ROTC, college, and then pilot training.” She continues, “One of the unique things about my story was that I attended pilot training when women were first admitted to pilot training. That was in the late 1970s.”

Her feminist bravery also landed her the job as an astronaut at NASA, and she even includes some stories about her time with pilot training, her four missions as a Commander, as well as her account on the Columbia Space Shuttle Disaster in 2003. “I was the flight right after that,” Collins states. She includes, “The experience that my crew and I had, going through that.”

She states, “My purpose of the book isn’t just to talk about me, but mostly to inspire people, mostly young people, the high school and college-age, to think about careers in space, or careers in STEM, or careers in the military. That would give the readers an idea of the experiences I had that maybe, someday they would like to make a similar choice.”

In her presentation, she talked about the future of civilian flight, the difference between suborbital flight, orbital flight, and deep space travel. “In that context, these recent missions that have had civilians and tourists, what are they doing different from what NASA astronauts are doing?- What are the plans for the future?- These private companies have contracts with NASA. I would like to make sure that the students understand that NASA is working with SpaceX and Boeing and Blue Origin and all these other companies as a country. We are the United States of America.”

As for her own expectations and predictions in the next couple of years, Collins talks about how we might see spaceflight take place, and even another ‘Space Race,’ this time, with another innovative country. “For students in high school right now, when you’re in the working world, we’ll see people walk on the moon again. Americans, yes, but probably, you’ll also see astronauts from China and India will also walk on the moon. That’s my opinion. I believe that, if we’re competing with anyone, we’re competing with China.”

She continues, “The other thing you’ll also see is deep space, so you will see the Gateway Space Station orbiting the moon, which will also be used as a ‘base station,’ to send missions to Mars. It’s 2022 right now, so probably ten years from now, we’ll see humans going to Mars… and I would hope it would be the United States but it could be China. Right now, I do not see the United States cooperating with China. That would be ideal, but it looks like realistically what would happen.”

As of now, Collins knows that Russia is not financially equipped to head to Mars. She says that China is a massive U.S. rival in the space program at NASA. “The United States, by Congressional direction, is not allowed to work with China in the space program. We can cooperate with anybody else, and we do… We cooperate with Europe, India, Japan, and other countries that lead in space. China is kind of, ‘on their own.’ It’s very interesting.” Collins stresses what she said in the latter part of the interview is solely her own opinion, but says that because of a simple ‘lost trust’ in China, the U.S. will not collaborate with them for a Mars mission.

Collins then gave her presentation, followed by a narrated home video of one of her missions. It took place in the historic gym. Collins’ book, Through the Glass Ceiling and to the Stars is available at Barnes and Noble, Amazon, Google Books, or wherever books are sold. 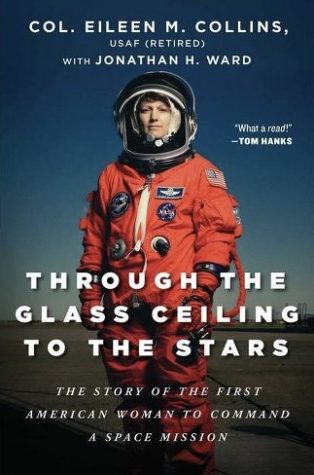 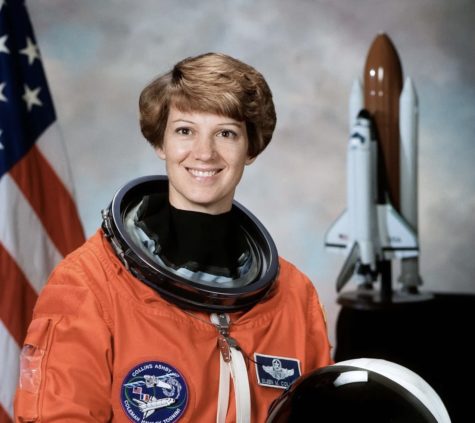